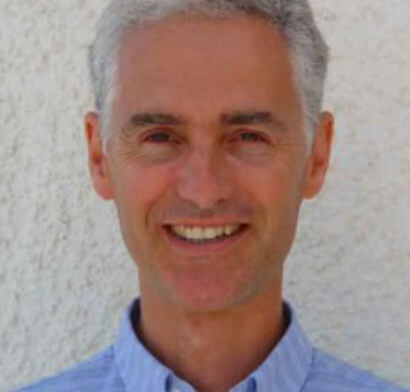 Nigel first studied in Trinity College Dublin in the early 70’s. Nigel then moved to University College Dublin (UCD) where he qualified with a first class honours degree in Agricultural Science (B.Sc) in 1975.  He specialised in crop production and was involved in growing food organically  at the Kilmurry Organic farm in Kilkenny.  In the mid 70’s there was very little interest in Organic farming.

Due to personal health challenges, Nigel was forced to look at complimentary forms of healing and this lead him into the world of kinesiology.  Along the way, his wife Carol opened a small health food shop in Kilkenny in 1979.  This was the beginning of a new adventure for Nigel and Carol.  Nigel used his extensive scientific knowledge and training in kinesiology to develop a unique range of nutritional supplements that worked for a wide range of problems.  People came from far and wide to avail of these and over the next 20 years the business, known as Natures Way, became the leading light in the health food industry in Ireland.. Nigel and Carol won many business awards for enterprise and employment.  During this time Nigel also trained extensively at the Irish Management Institute (IMI)

By the year 2000, Nigel and Carol had  built a highly successful business with 12 high profile retail stores, a packaging/manufacturing plant and a mail order business, and were employing over 130 people.   In fairness they would both say that it was only by God’s grace and mercy that the business grew so rapidly, as neither of them had any formal business training.   In 2001, the business was sold to Holland and Barrett.

Nigel now spends much of his time teaching kinesiology to both beginners and practitioners as he loves to share the information that he has obtained over many years of study and practice. He still runs his practice in Kilkenny.

And this is how the story began

Nigel and Carol opened a small health-food shop in Kilkenny in 1979.  To resolve his chronic personal health challenges, Nigel studied and became proficient in a number modalities including homeopathy, herbal medicine, nutrition, acupuncture, and kinesiology.

Nigel personally formulated over 40 specialised nutritional supplements, selling them through the chain of Natures Way shops that Carol and Nigel had founded. The success of the remedies lead to an expansion of the business to become Ireland’s leading health food shops (known as naturecure centers).  By the time the business was sold in 2001, it was employing over 130 people in many locations around Ireland.  The success of the retails shops was due to the extensive training that Natures Way staff received from Nigel

Today Nigel’s passion is teaching. He still runs a practice in Kilkenny and focuses much of his energy on teaching people how to improve and maintain good health.  You can get further information at  http://www.nigelgriffith.com and www.natureshiddendesign.com.   To find a list of kinesiologist see www.kai.ie